Now that we’re back home from E3, and have a stable wifi connection, time to fire off some of our experiences from the event, and our first one is about Soul Calibur VI.

We stopped by the Bandai Namco booth a few times this week, and got to check out Soul Calibur VI, to get a feel for action, in the latest entry in the famed fighting franchise.   Picked up a few matches, with other attendees, and the action felt very smooth on the Qanba Obsidian fight sticks that were at the setups. 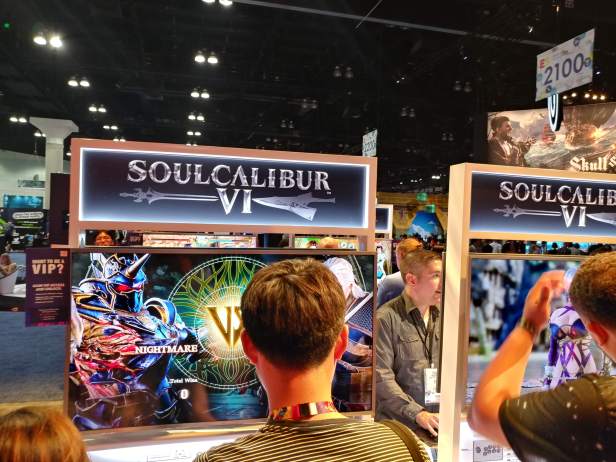 The controls felt smooth, and the graphics looked very crisp.  Not sure if they were running on a build machine, or on an actual console, but the details were definitely there in the character models for new characters like Geralt, and returning veterans, like Ivy and Sophitia.  Having been a few years since I touched a Soul Calibur title, the last one being I believe the one on Gamecube, the controls seemed fairly intuitive for new fighting game players, to be able to pick up a controller and dish out some damage. 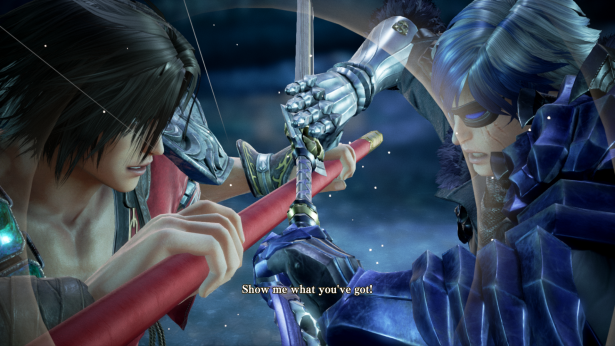 At E3, Bandai Namco not only let us get our hands on it, but they also announced the release date, planned for October 19th, 2018, as well as laid out some details for the story mode, which takes place during the 16th century.  The game will be available for PS4, Xbox One, and PC/Steam. 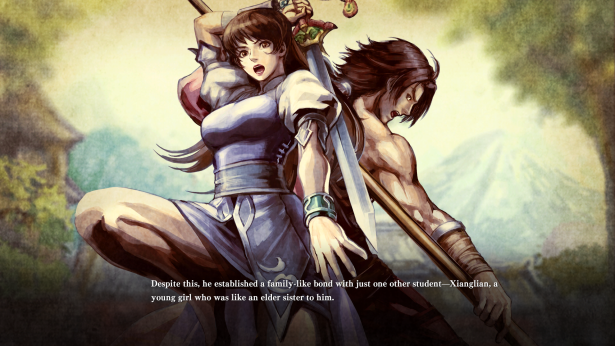 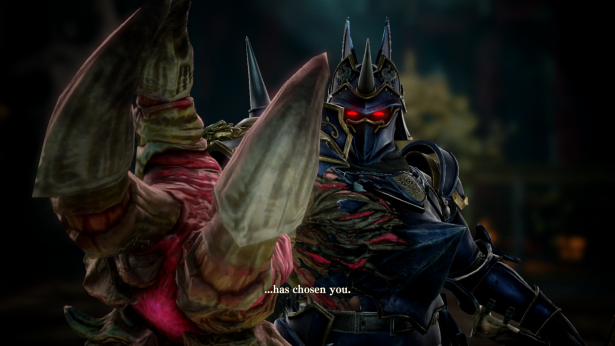 Would have loved to get some more hands on time, but the crowds were lined up to do some fighting, at E3.  Never fear though, we’ll have another shot to play Soul Calibur VI in about two weeks, as we’ll be at CEO Daytona, a premier FGC regional, where Bandai Namco will also have setups for Soul Calibur on hand, for fighters to get their hands on.  In the mean time, check out the E3 story mode trailer below.