Square Enix announced today via press release that beginning on January 1st, 2017, you can get some Dragon Quest Builders DLC, if you like frozen yogurt that is. 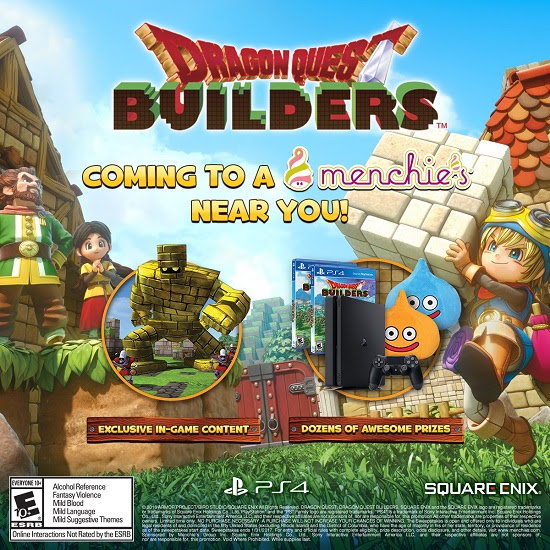 For the whole month of January, fans can visit a participating Menchies Frozen Yogurt shop, to pick up a Gold Golem and Skeleton Soldier Battle Ticket DLC, if you sign up for the Menchie’s mySmileage loyalty membership.

Signing up for the membership program will also enter you in a chance to win a Playstation 4, copies of Dragon Quest Builders and slime monster plushies.

I can’t say I can remember the last time I ate frozen yogurt, but I do have a Menchie’s down the street from me, so I guess I’ll check it out, at least for the DLC.